Detailing a number of my personal projects

A collection of various personal projects distributed under free licenses (GPL 2/3). Other programming and IT related posts can be found on my blog.

A logic gate simulator in C++ using the FOX toolkit. 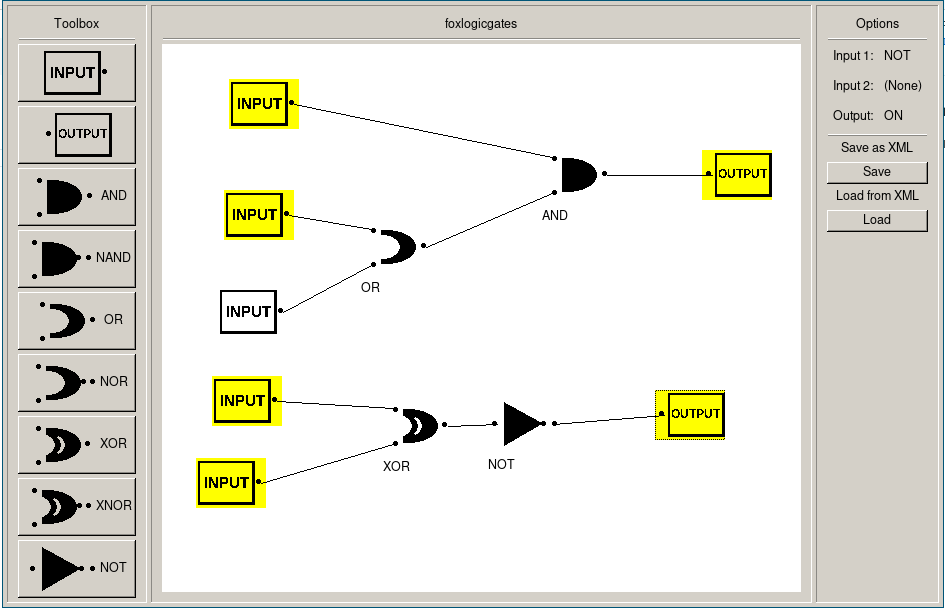 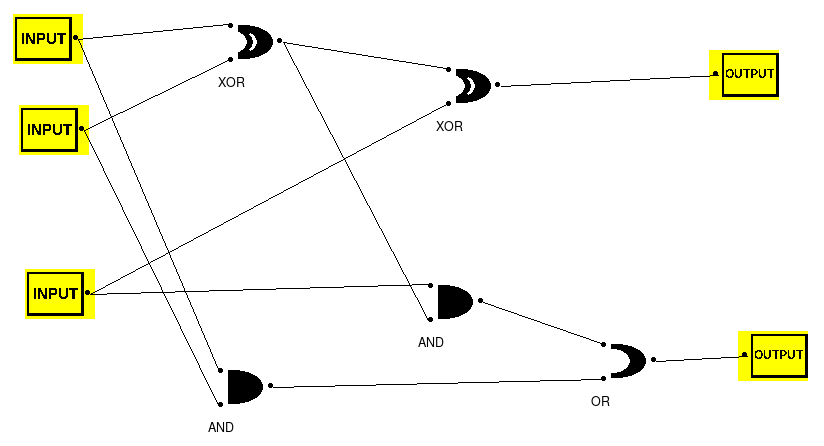 Video of program in action:


Click on an icon and left-click anywhere on the canvas to place that gate (or input/output).
Select a gate by left-clicking on it and press delete to delete that gate and its links.
Hold shift and left-click and drag a link to another gate to connect them.
Click on a gates input to highlight that particular link, press the delete key to delete that link.
Right-click on an input to toggle it on and off.
You can save to an XML file by clicking the save button and selecting a name.
You can also load from an xML file by clicking load.
Some example circuits are provided in the examples/ directory.

To build:
You need the FOX toolkit and pugixml installed. On arch install 'fox' and 'pugixml' packages.


The binary will be in bin/

CHIP-8 is an interpreted programming language made in the mid 1970's to allow video games to be easier to create and portable for the incompatible systems of the time. I created an interpreter that reads and execute bytecode from ROM's compiled for use with these systems. The interpreter is written in C using SDL2 for graphics


Demonstration of my interpreter playing a breakout game and running a few demos: (the flashing is a byproduct of how the chip-8 is designed - it is intended)

Using an Arduino, C/C++ and the Qt Framework I have created a controller that allows you to control the colours of an RGB LED strip. 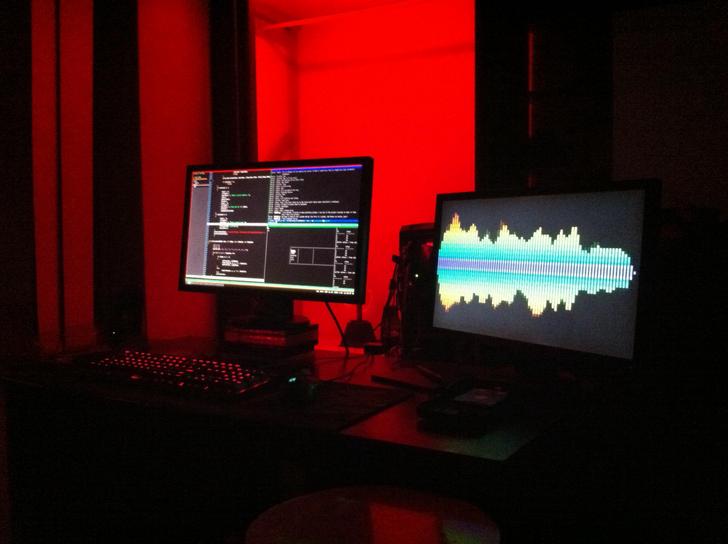 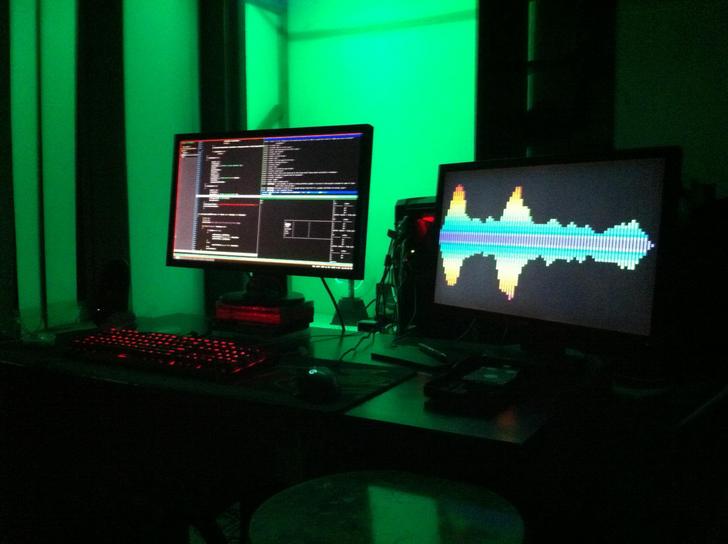 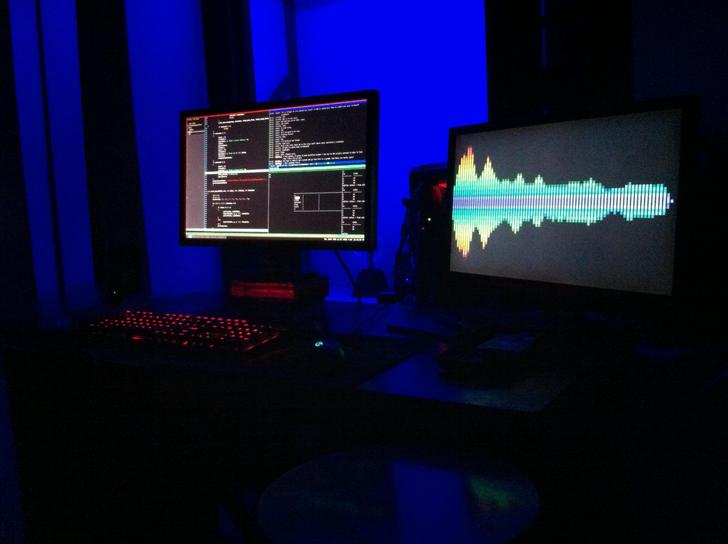 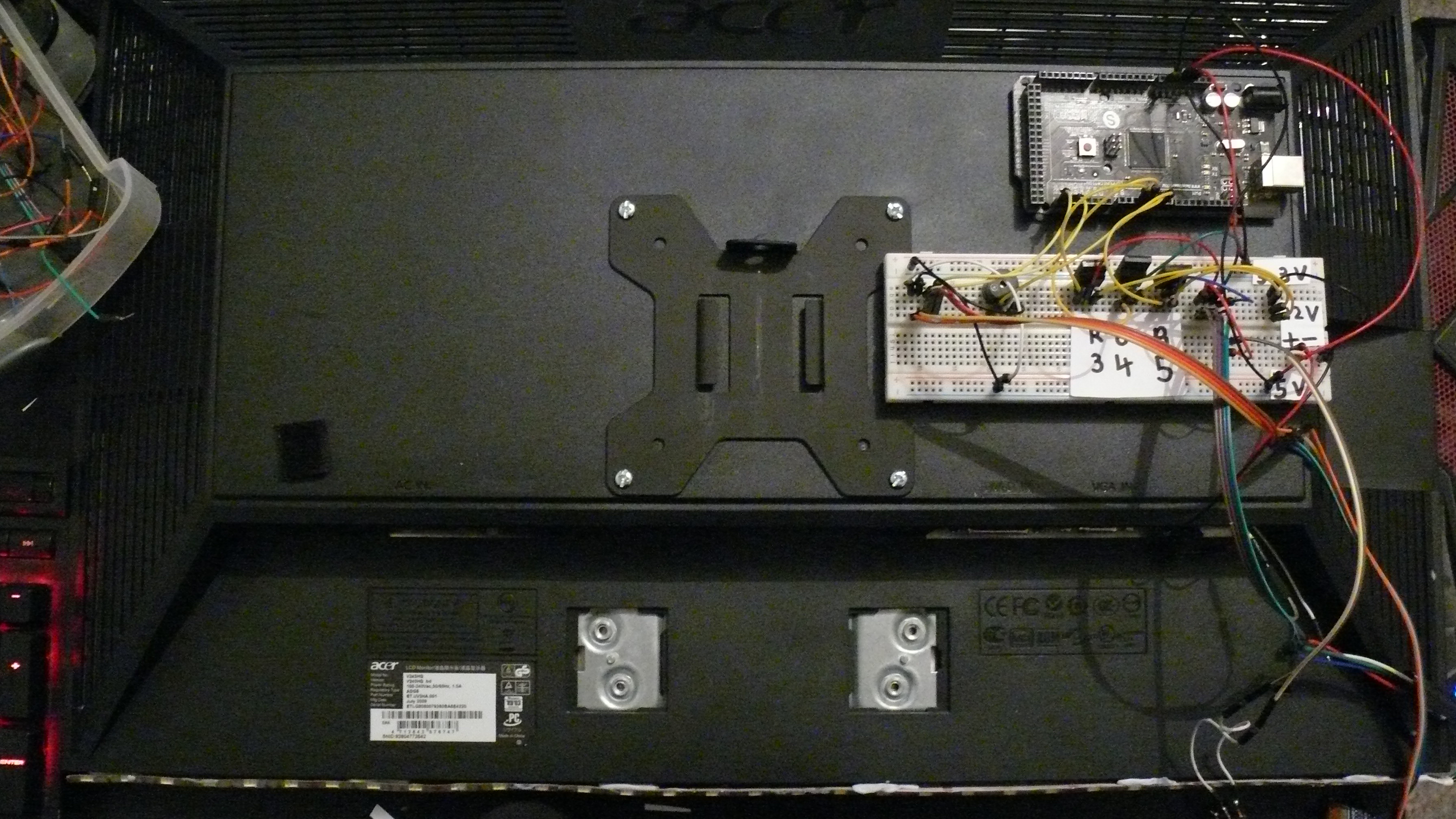 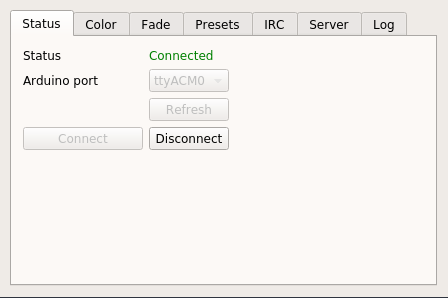 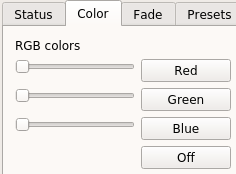 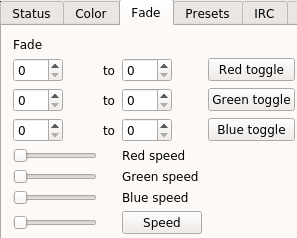 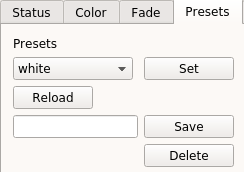 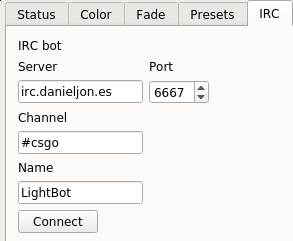 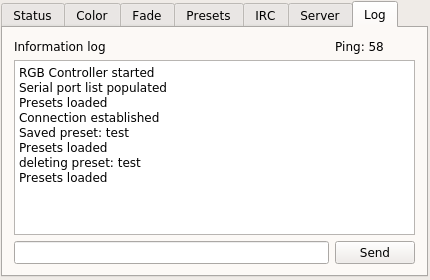 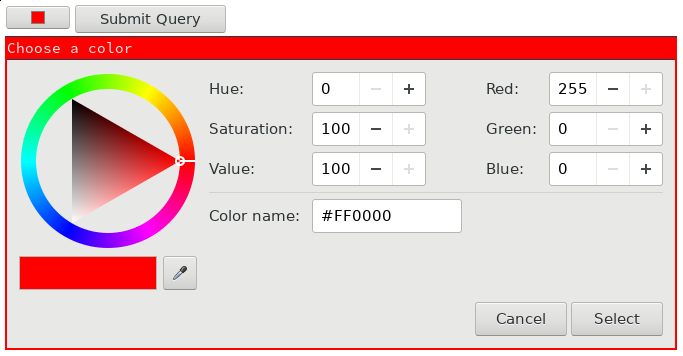 Brainfuck is an esoteric programming language created in 1993. It consists of only a few commands: +, -, <, >, [, ] using these, it is technically possible to write any program. I wrote an interpreter for this language in C. 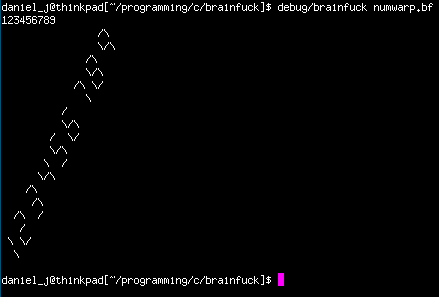 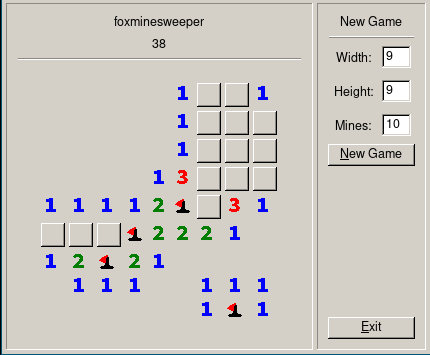 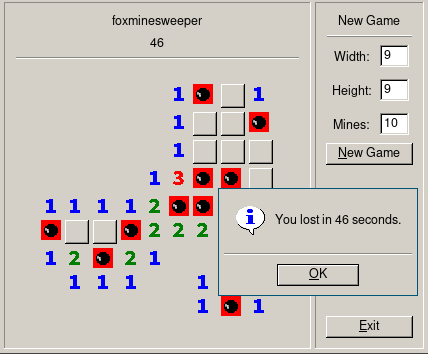 For a TAFE project I was required to create a simple student registry. It is powered by an sqlite database. It allows the entry of student information and the ability to take a picture of the student using the devices camera. The image is stored along with the information in the database. Included is a viewer that displays all students in the database along with their saved image. These students are shown in a scrollable grid. The viewer allows you to delete students from the database either one at a time or multiple at a time. 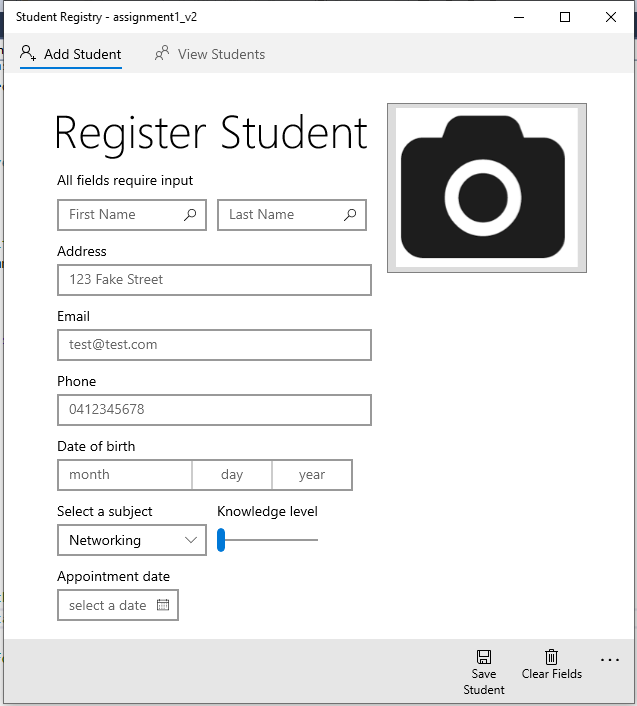 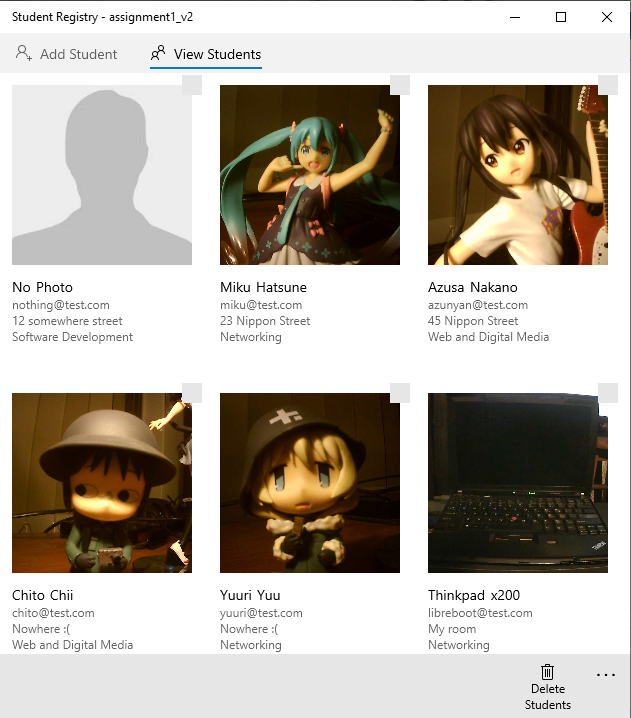 The demo is played back in realtime, meaning it will playback at the same speed as you.

The first structure written to file is a header that stores game field data, defined as:

As part of my TAFE certificate I was required to plan, design, create and host an E-commerce website from the ground up. I chose to create a platform for selling books. 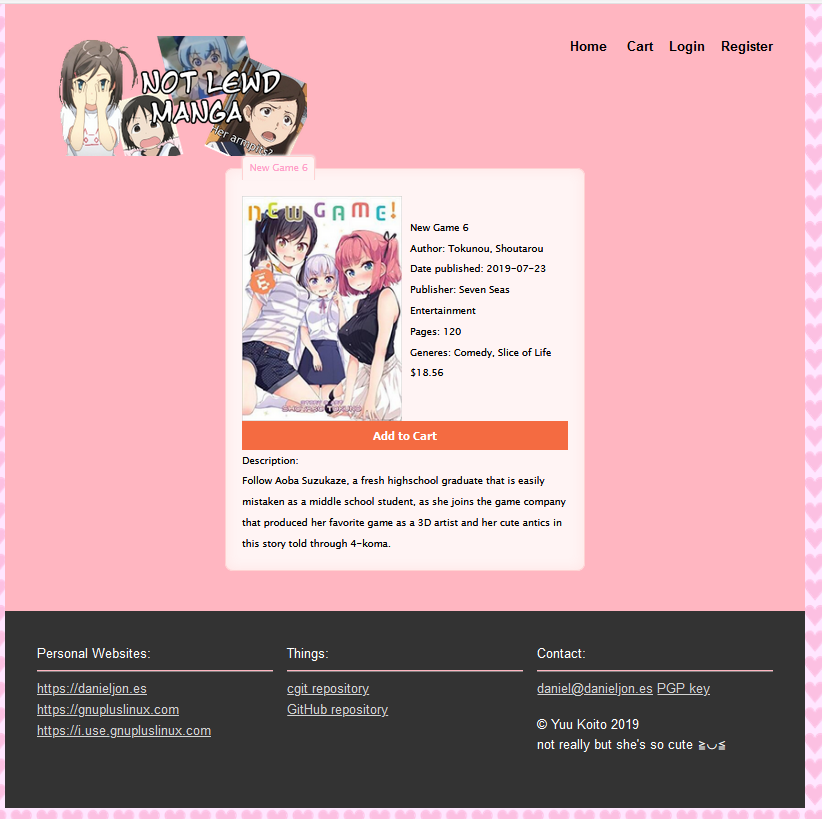 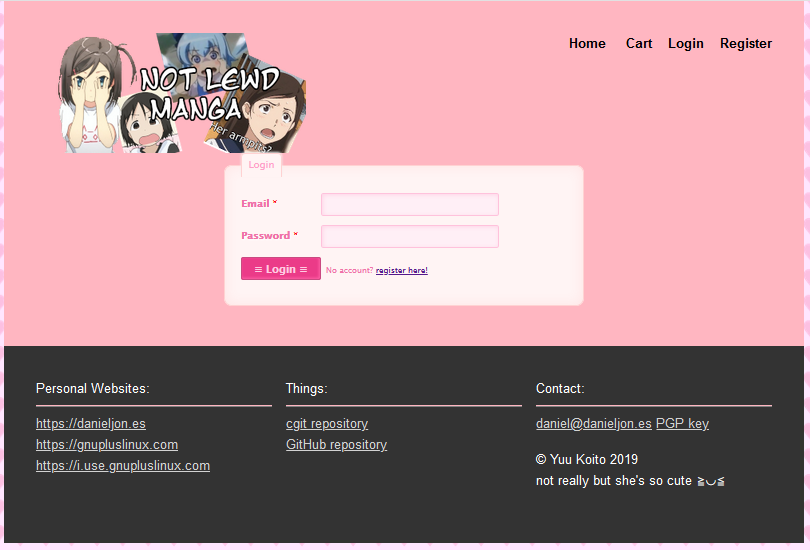 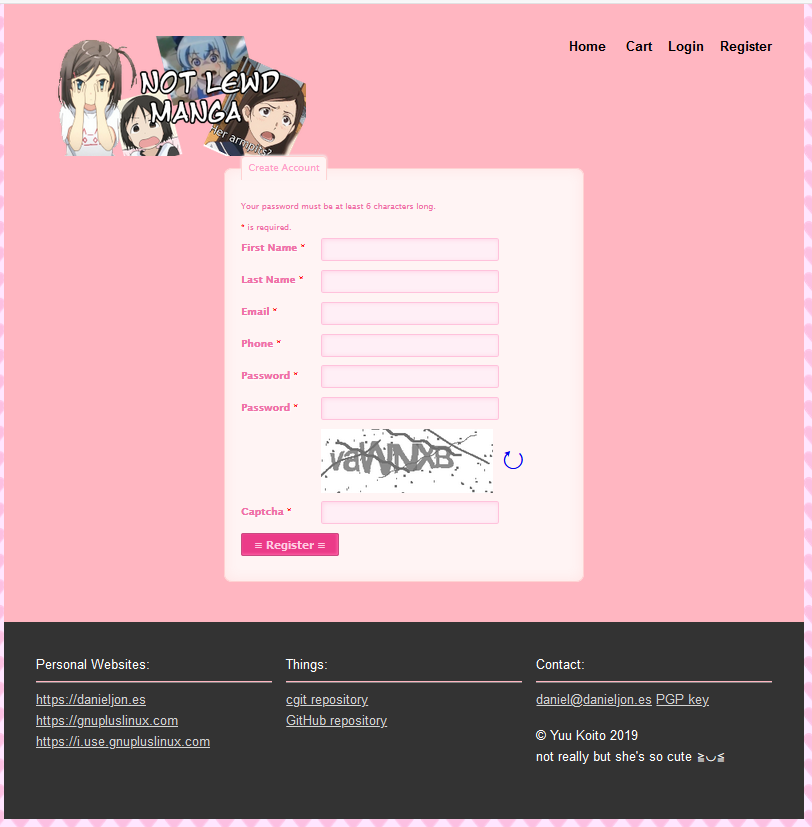 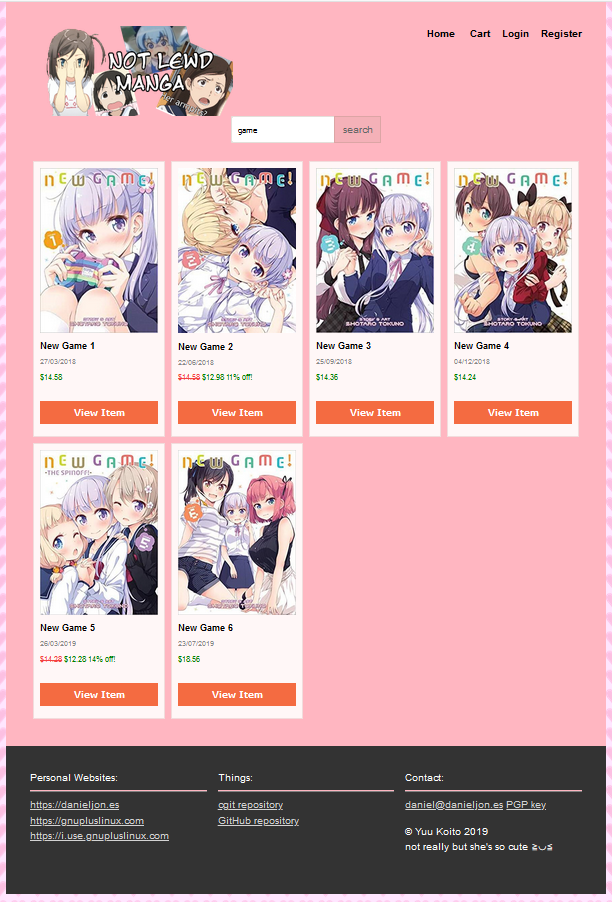 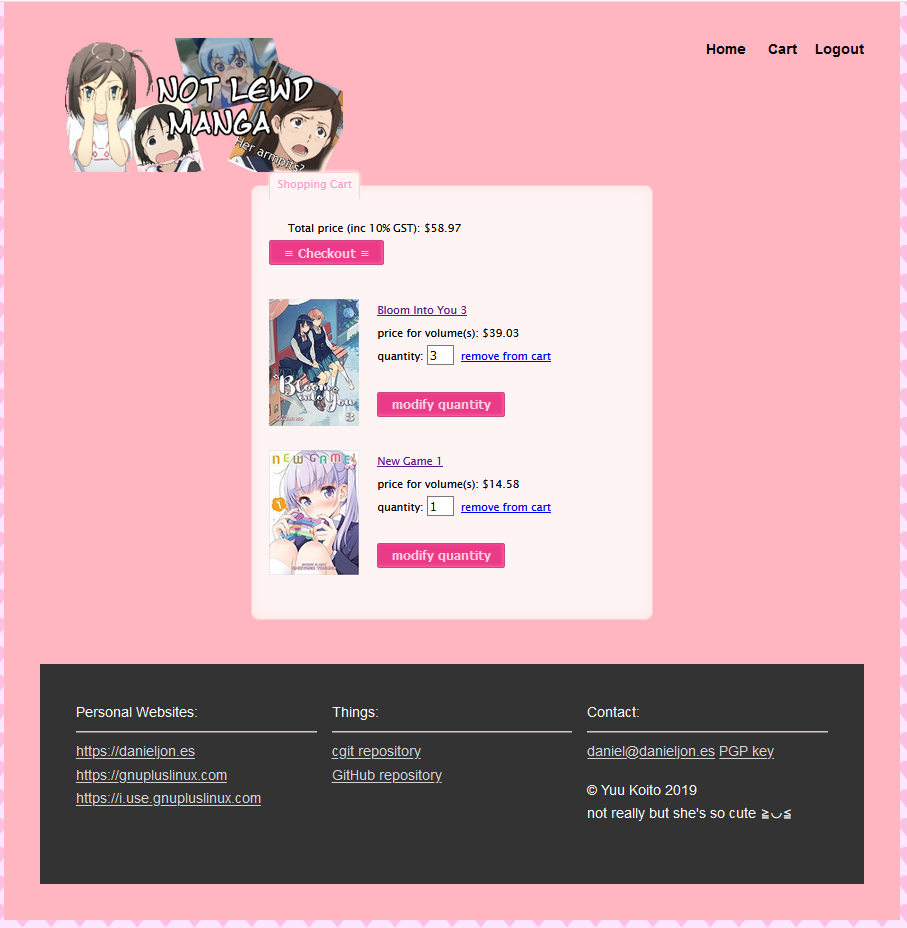 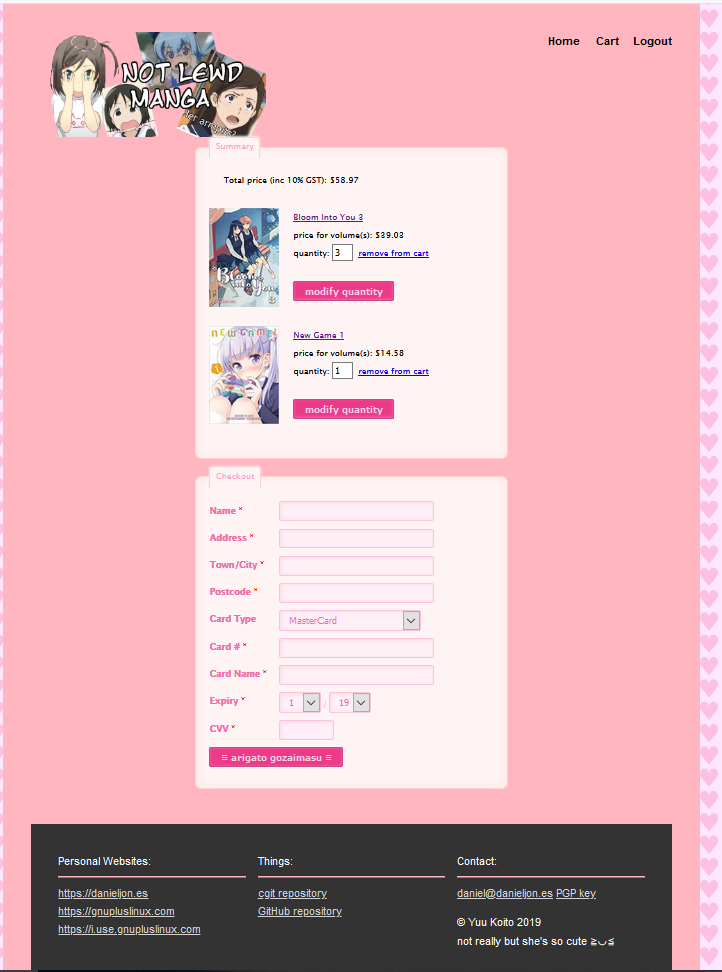 This is a complete re-write of my PHP/HTML/CSS/MySQL inventory system described in another post on this page. This project is not finished and is currently being worked on.

Using the Qt framework and C++ I have created a desktop application that can be used to manage and view an inventory of products. The program connects to a local or remote MySQL server which it uses to retrieved and add/modify data. 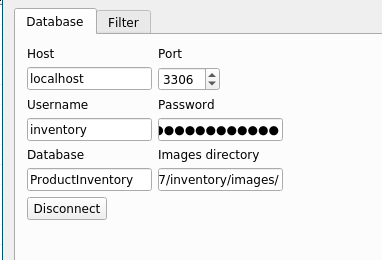 The website works fine on a phone and appropriate resizes items, though I refuse to call it "responsive", I consider that term disgusting (I deeply dislike the current state of the internet and web design in general).

The database schema (the 'images' row is a serialised PHP array): 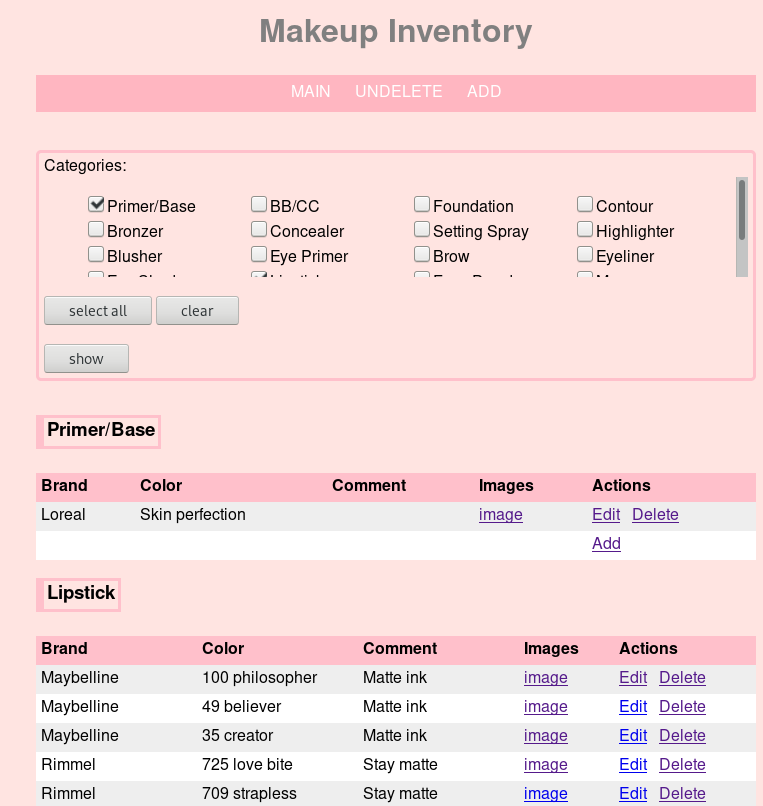 I was shown a bind for CS:GO that automatically switches to your bomb and drops it. This is great, however it has one problem: if you aren't in possesion of the bomb it throws your current weapon. Of course, me being myself this was unacceptable, I had played a few games of matchmaking with this bind and I had dropped my gun by accident too many times (I bound it to mouse3, I also press mouse3 in game sometimes). The bind in question is bind mouse3 "use weapon_c4;drop". Using Qt/C++ I created a console application that uses CSGO's game state integration to read current game information from the game client. The application is simple, when the game detects you're currently in possesion of the bomb it writes the drop bomb bind to a cfg file, when it detects you don't have the bomb, it instead does nothing, in the case of this video it prints "I don't have the bomb". The cfg file is only written if the state changes, it isn't constantly writing to the file, that would be grossly inefficient.

After becoming interested in 7 segment displays and having written one that displays characters and numbers in the terminal using vt100 escape codes (source code here) I began writing a C program that drives a 4 digit 7 segment display using the Raspberry Pi's GPIO. This was written without the use of GPIO libraries through manipulating the registers.

The concept of a 7 segment display with multiple digits is pretty simple. The digits are multiplexed, meaning only one digit has its LED's turned on at a time. Turning each digit on and off fast confuses your brain into thinking they are all on at once, this is known as persistence of vision.

A program written in C that takes a variable number of arguments and determines if they are a URL. If the argument is considered a URL it is parsed and checked against a list of pre-defined values that determine how the URL will be opened. The program checks the domain (plus subdomain) and file extension.

I use this program partnered with my terminal emulator - I pipe every link (or a selection with dmenu) visible in the terminal window into this program, very convenient for images and videos.

A simple cfg file parser written in C. The key and value pairs are stored in a singly linked list.

It handles simple cfg/ini like files with 'key=value' pairs.

Comments are ignored, they're denoted by the '#' character.

Spaces are currently treated literally. test=123 and test = 123 are DIFFERENT, the key has a space appended and the value a space prepended in the second example.

Duplicate keys are not handled currently, the cfggetvalue function will only give you the first value.

All functions return 0 on failure, this goes for getting a value, always check 0 isn't returned. If it is, that means the key was not found.

Writing back to the cfg file is NOT implemented.

main.c has a usage example, however the usage structure is like this:

Written as a convenience function for a larger project I am writing, these functions allow you to dynamically replace a string in a file with something else. Also included is a function to do it within memory.

Made as an exercise to experiment with linked lists, written in C using ncurses. Don't mind the flashing, that is a recording artifact.

When run 2 API calls are made, one collecting channel information (names, ID's) the second user information (user id's, names, real names etc). A subsequent API call is made for each channel requesting the message history of that channel. The number of messages requested is configurable. Once this call is complete the script runs through each message. using the timestamp as a unique identifier (this is guaranteed to be unique in only the channel requested) the message is logged to the MongoDB database. If the API indicates that the message has been edited (adds a section to the response) the script checks if that message timestamp exists in the database in the specific channel (the same timestamp can exists in two channels!), if it does not, it adds it. However, if it does already exist the message content is checked with what is stored, if they don't match the newer message is stored.

The script can convert user id's to user names (and back), the same with channel id's and names.

database credentials and other important configurable variables are stored in a .cfg file for easy configuration.

Using C and the ncurses library I have created a clone of Conway's Game of Life.

The arrow keys control the cursor, pressing space changes the selected cells value (either dead or alive). Pressing 'g' begins the simulation, 's' steps the simulation by one generation and 'c' clears the field.

This is a rewrite of my Python website generator in C.

Included in this static website generator is a blogging system that takes numbered text files (1.txt through x.txt) and outputs static HTML files containing the blog entries. You can configure the number of posts per page in the config file. Separate HTML files containing each post are also created allowing you to directly link to a specific blog post. Specific posts can be igored by editing the config.h file.

Previously my website relied heavily on PHP and databases. To remedy this I created a website generator that takes input text files along with settings stored in a cfg file and output static HTML files.

Included in this static website generator is a blogging system that takes numbered text files (1.txt through x.txt) and outputs static HTML files containing the blog entries. You can configure the number of posts per page in the config file. Separate HTML files containing each post are also created allowing you to directly link to a specific blog post.